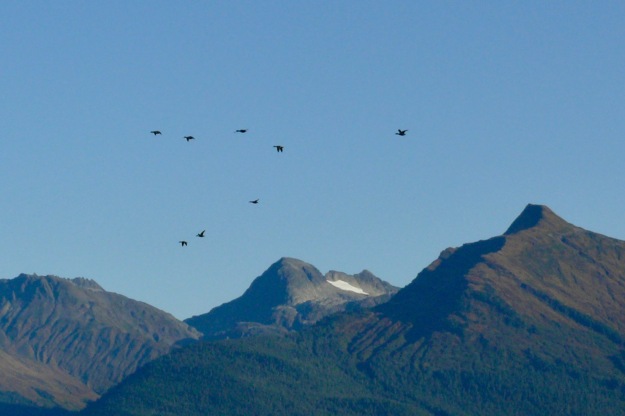 Aki disappeared this morning. While I read and drank my morning coffee, she melted into some cubbyhole. Her other human and I suspect that she was reacting to last night’s bath. I worried that she wouldn’t want to join me on this morning’s walk. But she just appeared at the back door as I pulled on my boots. 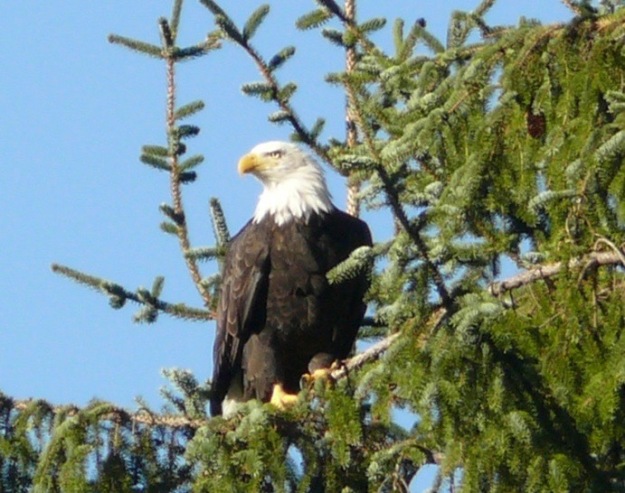 We drove out to the Fish Creek trailhead where the riotous salmon spawn is over. Most of the eagles were gone. Two locals, both mature birds, sunned themselves in the tops of spruce trees. A raft of nervous mallards moved slowly off as we approached. Sparrows, feeding in preparation for their southward migration sang a pretty song in their tiny voices. 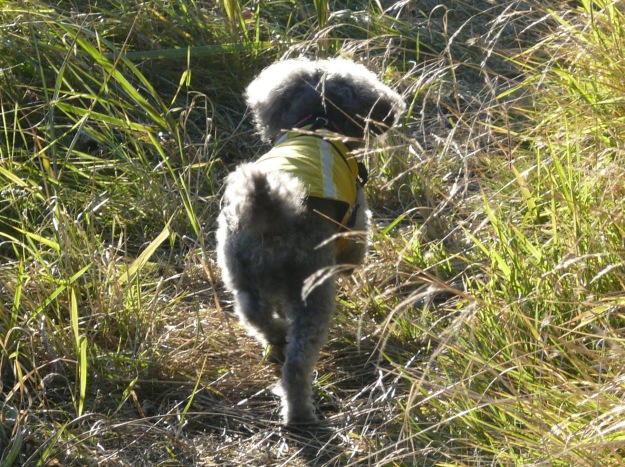 With most of the eagles gone, Aki was relaxed. I hoped that she had already forgotten the unfortunately incident that took place last night in the upstairs’ bathroom sink. I almost forgot about the little dog when I spotted a water dipper bobbing on a rock in the pond. It sent out concentric ripples that confused the pond’s reflection of a bird on a pedestal and the surround forest. 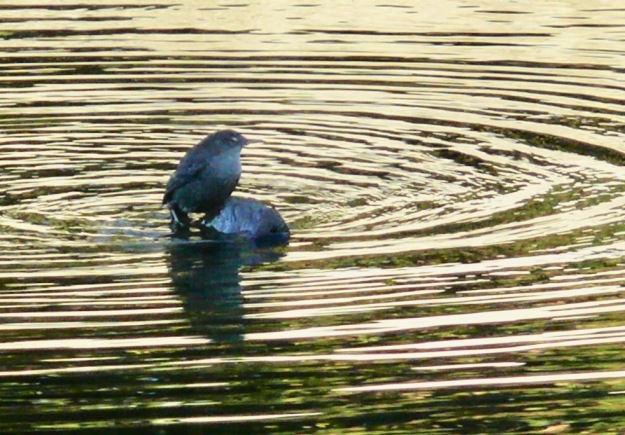