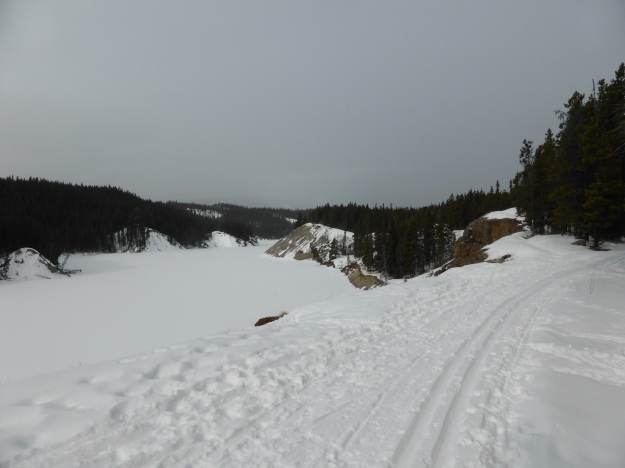 The grouse is a surprise, as was the pair of lynx that crossed languidly across the Klondike Highway in front of us a few says ago. The bird appears to nest in snow on the forest floor near a Chadburn Lake ski trail. I test the extent of its privacy zone by skiing closer and closer until it flies into a nearby pine tree. 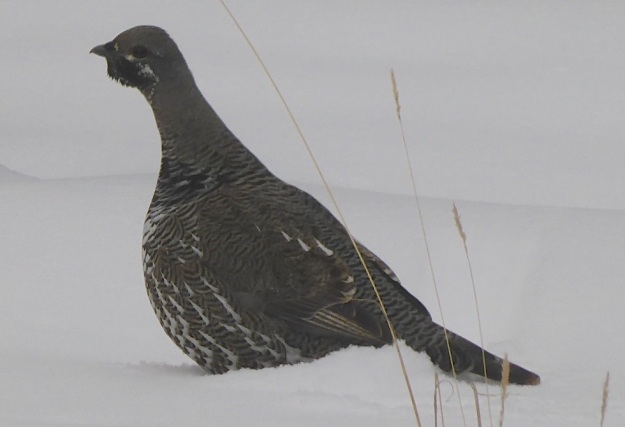 We ski on through the mixed aspen/pine forest to a Yukon River overlook. Not too many years ago, I paddled a canoe under this bluff with a Swedish friend. The Yukon was a source of fear then as it is today. In the canoe, I entertained a little fear of the river’s power that moved us forward as the glacier silt it carried scraped against the canoe’s submerged skin. Today, I fear that the ice beneath the river’s snow covering would be too weak to hold my weight. It is a silly fear. I only touch the river with my eyes. 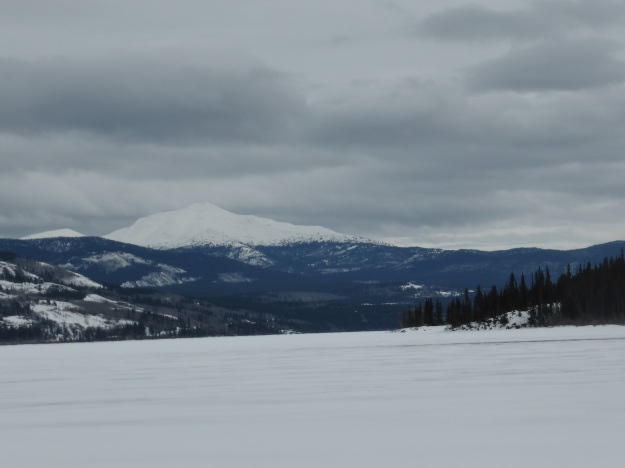 Later in the day we ski do on the river near the Moss Lake dam, reassured by the presence of newly laid ski tracks. The tracks keep us close to the shore. Across the river, dark clouds block out the sun, bringing drama before the next snow squall. 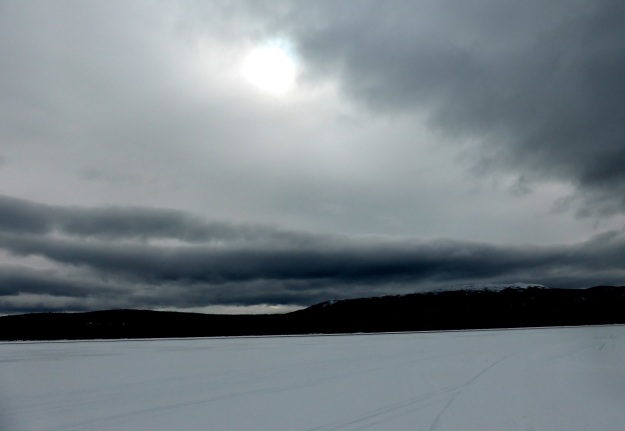