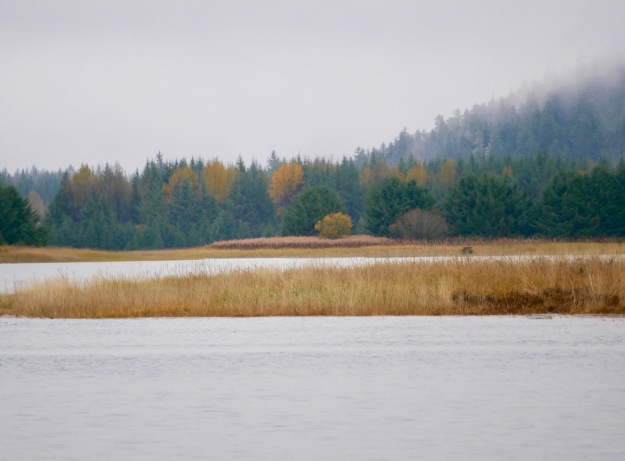 There is still an hour before the tide crests at 18.7 feet. Already it has turned the Fish Creek delta into a lake. Whether to escape the shrinking beaches where they had been hunting for food, or because they just feel like it, a large murder of crows retreats to the forested island that we are attempting to circumnavigate. Aki  ignores the verbal battle that erupts between the crows and a handful of eagles that already occupying the island’s canopy. 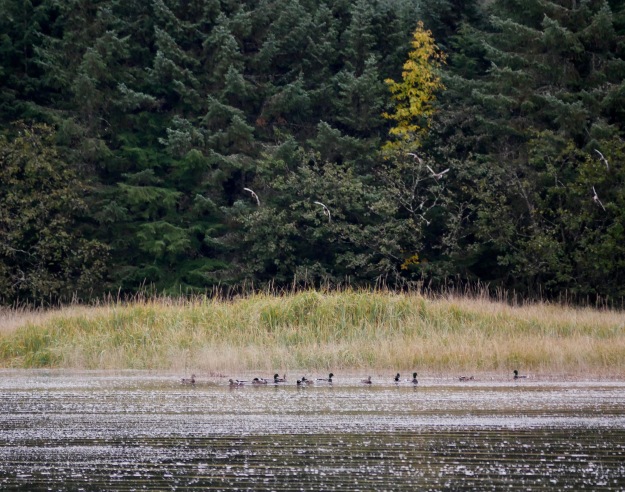 On the other side of the temporary lake, a bald eagle swoops over a raft of mallard ducks, flushing them to flight. Failing to snatch one for a meal, the eagle returns to its roost in an old growth spruce tree. One of the crows flies over to flush the eagle from its roost. I wonder if the crow’s squawking speech would translate, “How does that feel tough guy.” The eagle holds to its perch, sending up its own verbal abuse.

None of this ruckus disturbs a local song sparrow. The diminutive singer moves along side of us as we try to reach higher ground before the tide floods out the path back to the trailhead. Even though it could fit comfortably in my breast pocket, the sparrow shows no fear. It lands on an old piling just a few feet and stares us down like a sheriff about to tell two trouble makers to move along. 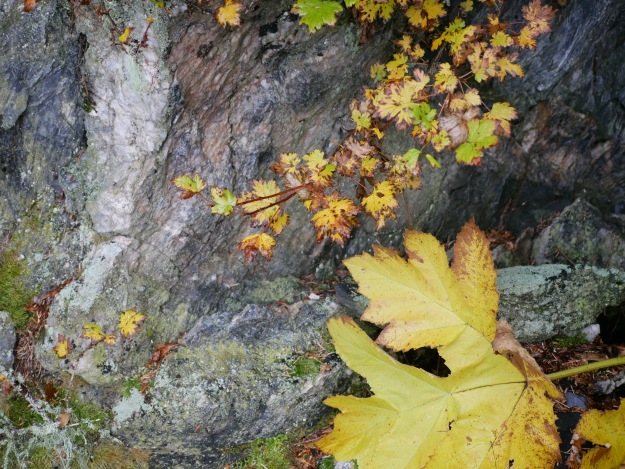