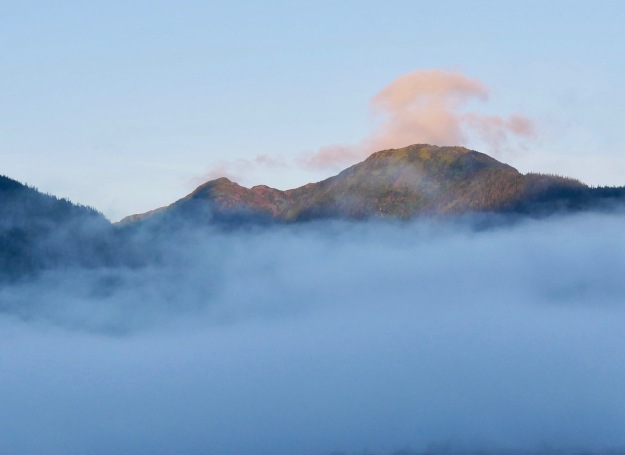 This morning, for the first time in a week, the sun rose unimpeded by clouds.             There was a thick rope of fog laid the length of Gastineau Channel but it was gone by 9 A.M. I listened to foghorns while drinking morning coffee and thinking about where to spend part of this sunny day. 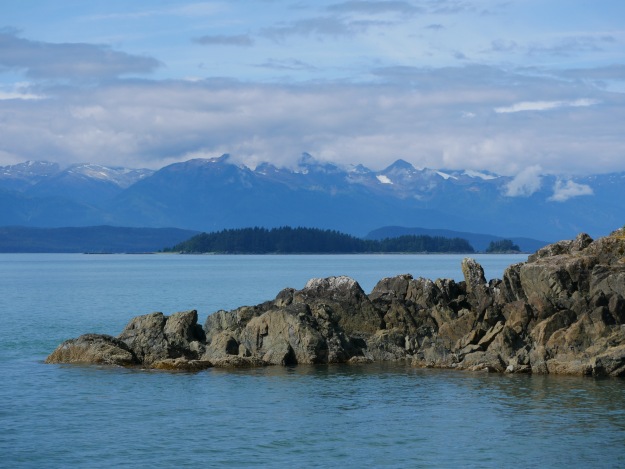 As Aki slept curled in my lap, I decided to head North to where a trail snaked over a small rise and along the edge of Favorite Passage. The little dog always seems to enjoy that one.

Later, while taking a break on the trail, we waited on a pocket beach for Aki to rinse her new Frisbee. It was only unnatural thing on the beach. Time and tide, not human hands, had placed every pebble and rock. The tiny grass meadow at the edge of the splash zone was sown by the wind. 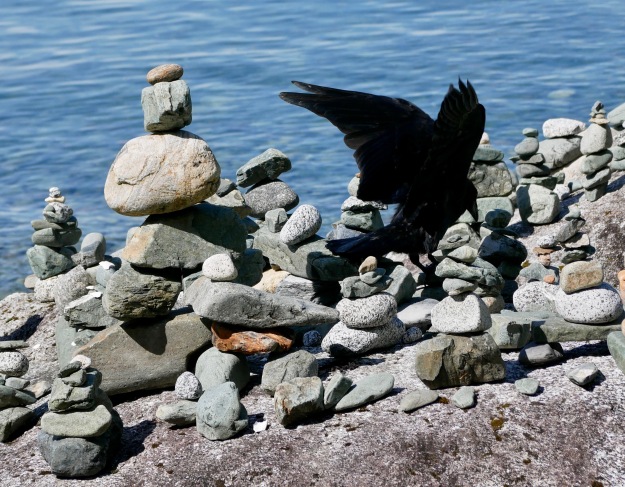 After finishing the walk we drove to the Shrine of St. Therese where someone with too much spare time had stacked beach rocks into cone-shaped cairns on the beach in front of the columbarium. Nearby a raven paced. When we neared the bird flew off and landed in the middle of small collection of cairns, knocking down two of them. After defecating on the ruins the raven surveyed the field of rock stacks and then turned to stare at us. I wanted to tell him about the beach not far from here where no one had tried to improve nature.