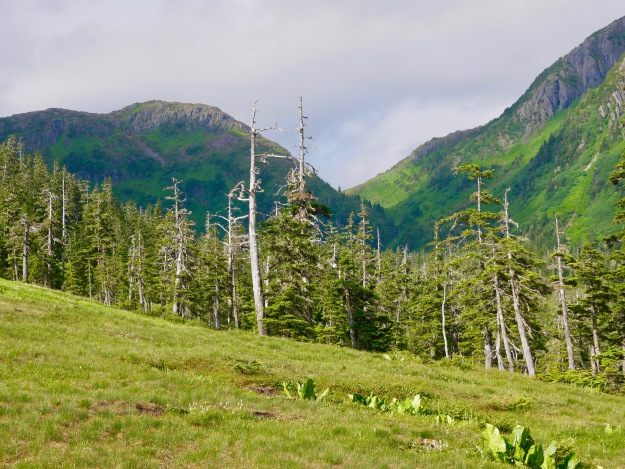 Aki slouches along behind as I climb up toward Hilda Meadows. I’m hot and wish I’d brought a water bottle. Each time I stop to check on the little dog she is motionless except for her panting tongue.  It’s a weather change day, cooler than yesterday and with clouds that the sun uses to cast shadows onto the surrounding mountains. But the little dog still needs water. I push on to where a cold stream drains the meadows. 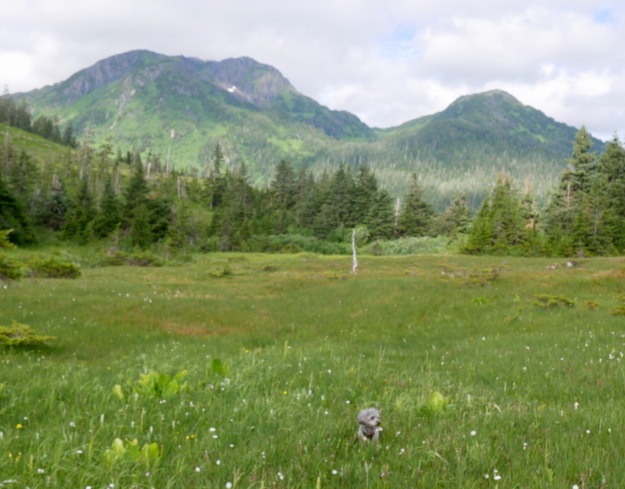 When we began this hike, the mountain caretaker met us at the trailhead to say that we were the first ones to start up the trail. “No one has gone before you to disturb the wolves and bears.” I wasn’t too worried then, knowing that we would be passing through the kind of open country avoided during the day by wild predators. Now, hot and sweaty from the climb to the mountain’s shoulder, I am less worried about beasties. They all must be resting during the heat of this still warm day. 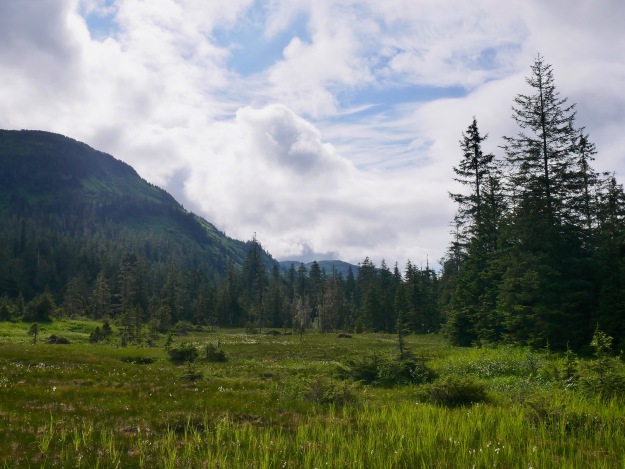 When we reach the stream, I stop and point to an easy trail down the water. Aki looks in the other direction. She can sniff in derision without me seeing the gesture. A minute later, she muscles her way through thick grass to reach a pond but gives up before she can quench her thirst.  I carry her to another fork of the stream and drop her onto the beach. She wades into the water and laps some up and then turns back towards the trailhead. 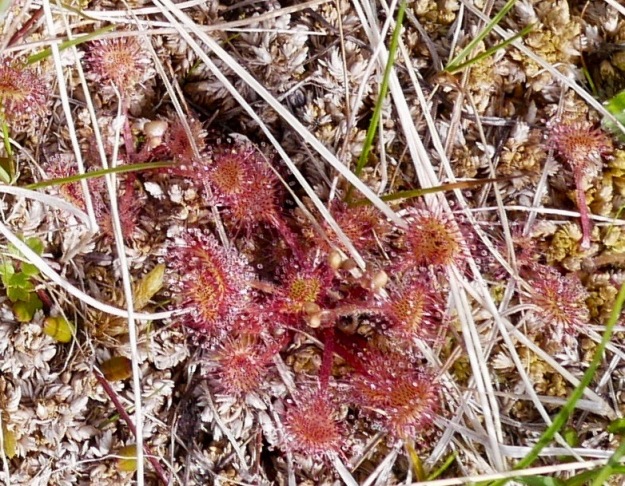 I lift her to the opposite stream bank and walk into one of the meadows which has dried out during our three day heat wave. taking care not to step on colonies of the carnivorous sundew plants and other low growing flowers. Easier to avoid are the aging collections of shooting stars and freshly flowered orchids called lady tresses. With mountain views all around and a stream providing background music I want to linger. Aki has other ideas and starts back toward the trail to home. 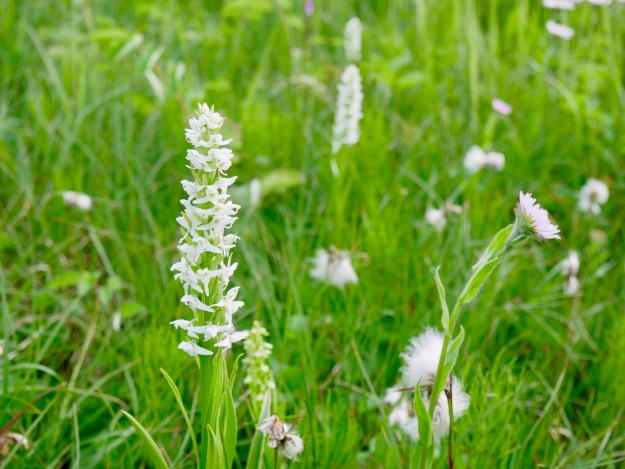 The little dog is now the one looking back in frustration as she trots ahead. She doesn’t even stop to sniff at a patch of shooting star flowers crushed by the black bear that slept there until this morning’s light broke over Mt. Troy. 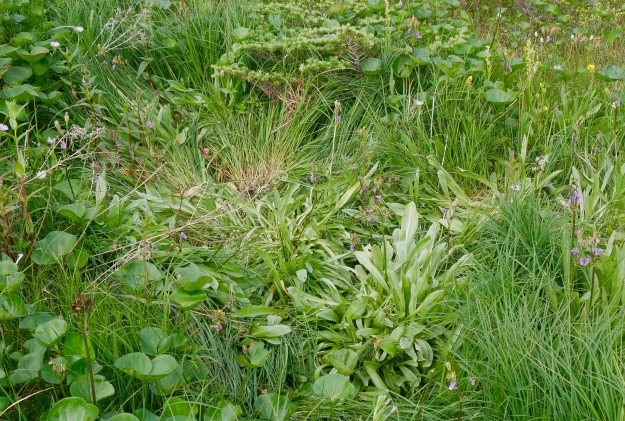