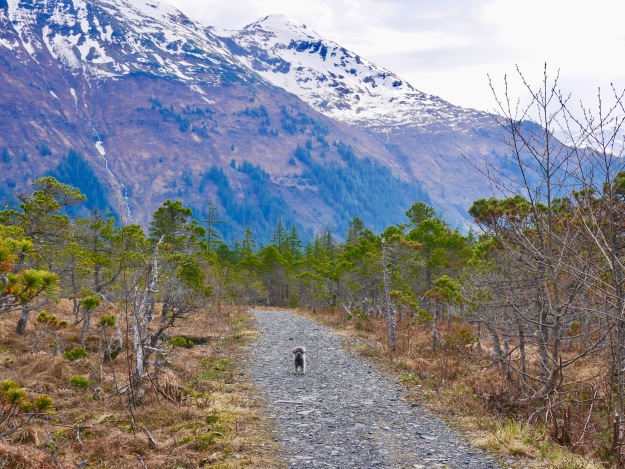 I am not sure Aki wants to be here. I had a hard time convincing her to leave the house before her other human had breakfasted. Small slices of cheese have been known to slip into her mouth at breakfast. I coxed her into the car with assurances that it is a oatmeal, not a cheese for breakfast day. The way she dawdles on the Gastineau Meadow Trail suggests that she never bought the oatmeal argument. 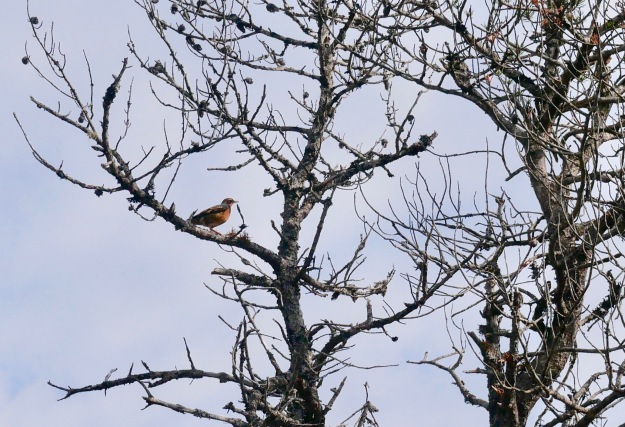 The bird songs of early spring pierce the air: Stellar’s jay screeching and the shrill whistle of the Varied Thrush. American robins hop ahead of us like cripples, hoping to entice us away from their nests.  But the little dog ignores them. 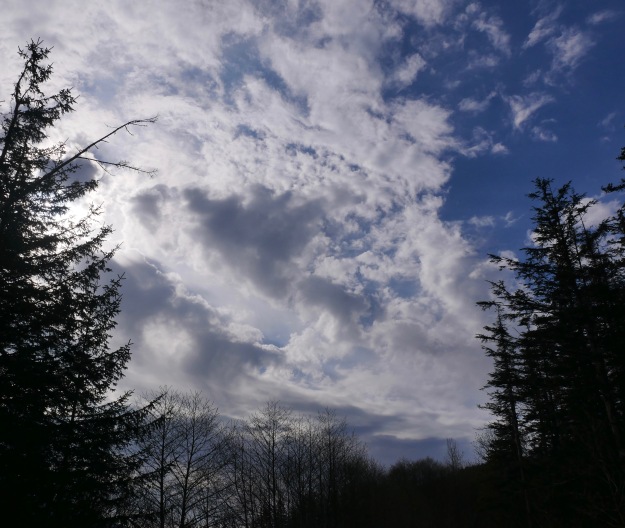 I am wearing sunglasses for the first time in weeks. They allow me to watch the battle of the sun with clouds above Sheep Mountain. The sun will win a few battles today but won’t overcome the clouds’ dominance of the sky. 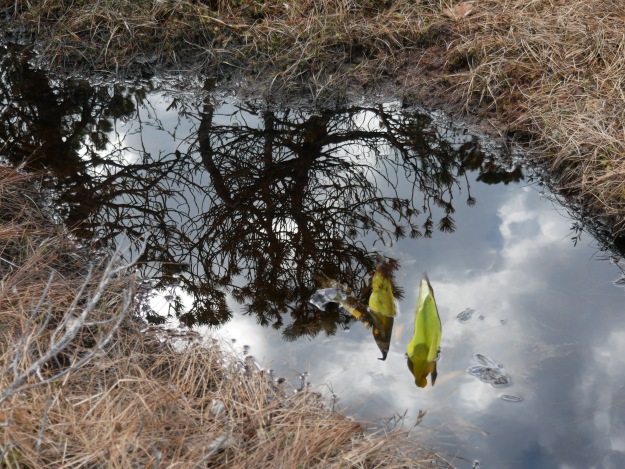