The little dog shivers at my feet, hunching her shoulders like a homeless man might while warming himself by a barrel fire. She stands in the footsteps I just made in five inches of new snow. We just crossed over wetlands to reach the mouth of Lemon Creek. Normally, she’d be tearing out and back, leaping her way through the fresh snow. Two hours before that is exactly what she would have done. But it wasn’t raining two hours ago. 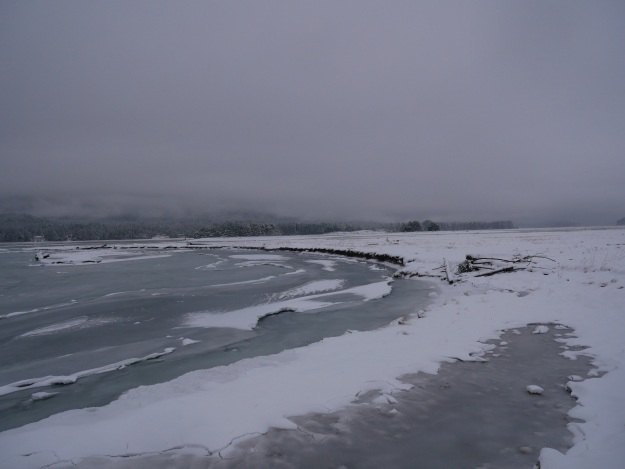 The snow covering on the wetlands acts like a sponge, soaking up water from the retreating tide and the rain. Rather than expanding, the snow shrinks as the rain and tidewater condense fluffy flakes into thickening cement. It will rock hard if the temperature drops back below freezing. But the forecast is for warmer temperatures and heavy rain. Then the snow will melt away.

The rain and snow conditions don’t bother a water ouzel (American dipper) that just landed near us. The dipper bounces up and down along the edge of tiny watercourse, apparently looking for a meal. Look at the little bird, little dog, dancing in the rain. Aki just shivers until we turn back to the car. 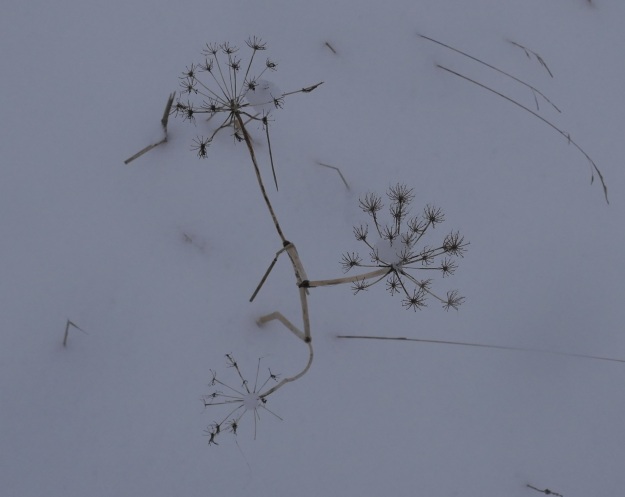