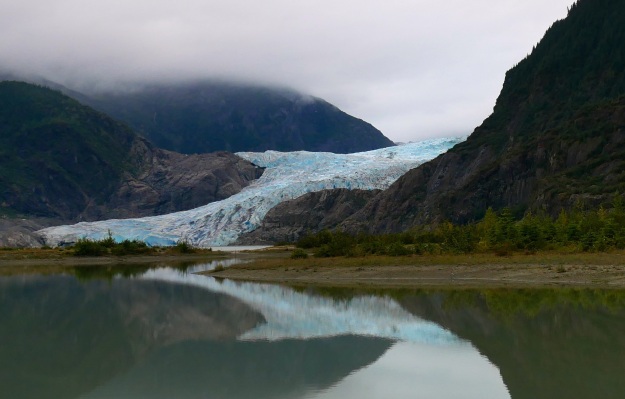 For the second day in a row, I am puzzled by the presence of moose tracks in Juneau mud. Aki and I are walking along the eastern shore of Mendenhall Lake. At the north end of the lake, the glacier snakes down between two mountains to touch the water. Just ahead Nugget Falls roars away. Beneath my feet are moose tracks. Later I will follow them to the edge of beach in front of the falls. I will learn that a bull moose hung out near the falls yesterday while we followed its tracks across the moraine. It swam across the lake and hasn’t been seen since. The powerful waterfall is a world-class tourist attraction. Maybe our wayward moose is just another foreign tourist, albeit a Canadian one.