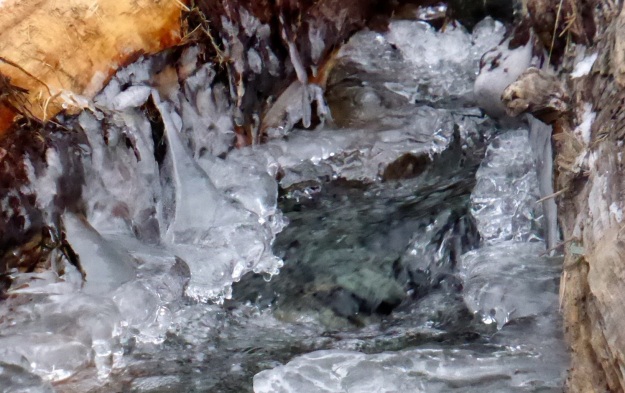 The trail to Dupont leads to a World War II ruin, not to heaven. But I still feel like a soul in purgatory. Cursed looking tree roots try to catch my feet as I maneuver around hemlock trees that cling to a precipitous slope. Super-slick patches of ice lay between the roots. Aki has no problem with either of these challenges. She scampers up or under or around the hazards and waits patiently for me to work my way through each danger zone. 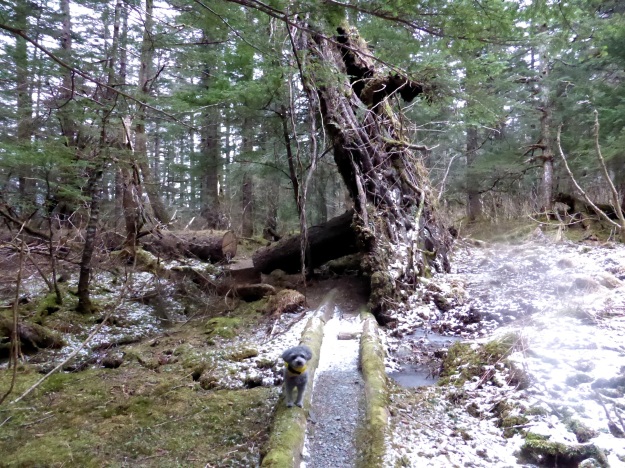 A mile in we enter a zone of windblown trees, each ripped out by the roots. Rocks that the tree roots had formed around remain stranded in their root wads. It’s been at least five years since we last walked to Dupont. Then, this section of the forest offered a peaceful place to rest and enjoy a filtered view of Gastineau Channel. Now, it is a metaphor for the devastation of war, which makes a kind of sense given where the trail through upheaval ends. Dupont once served as a depository for bombs and other munitions. Today alder trees crowd the ruins of bomb cribs and the old loading wharf that is no longer useable. We catch Dolly Varden trout in the stream that once provided water for the war workers. Aki loves to chase her Frisbee on the flat beach where they staged explosives for loading. If I didn’t know that we would have to pass back through the blow-down zone, I could almost forget that parts of the world are at war. 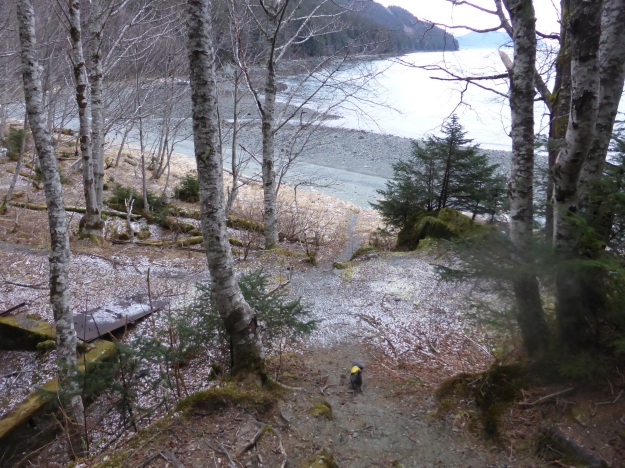