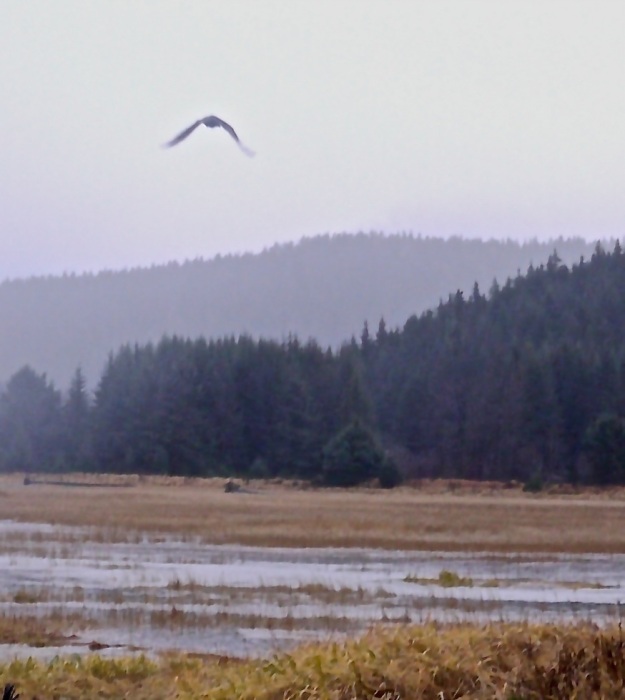 It just Raven, Aki and me on the trail to Boy Scout Beach. Raven, alone and apparently bored before we arrived, passes low over my head and lands in a trailside spruce tree. I expect some verbal abuse from the large bird but he watches in silence as we walk onto a partially flooded meadow. The rain pounds all three of us. Neither bird nor dog appears to mind. Aki dashes around nose the ground, savoring very enticing smells. We cross over two low sand dunes long ago secured by grass and drop onto beach sand, now darkened by charred wood worked in by the tide.

Raven, who followed us from the meadow skulks on the beach as a sea lion claims my attention. The sea mammal stops to look at me and then submerges its dog-like face. It surfaces again when two hundred yards down the beach. Raven moves on too, but not before making one more low pass over my head. The vibrations of wind moving over his feathers hum out a little tune that rises and falls with each beat of his wings. 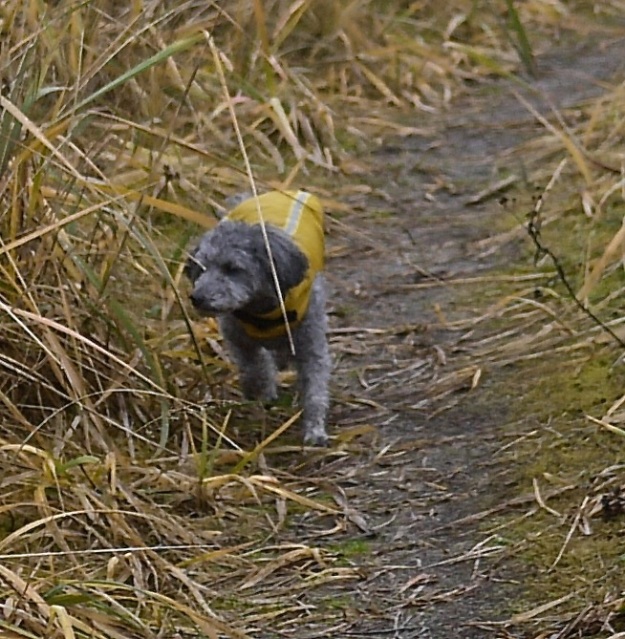