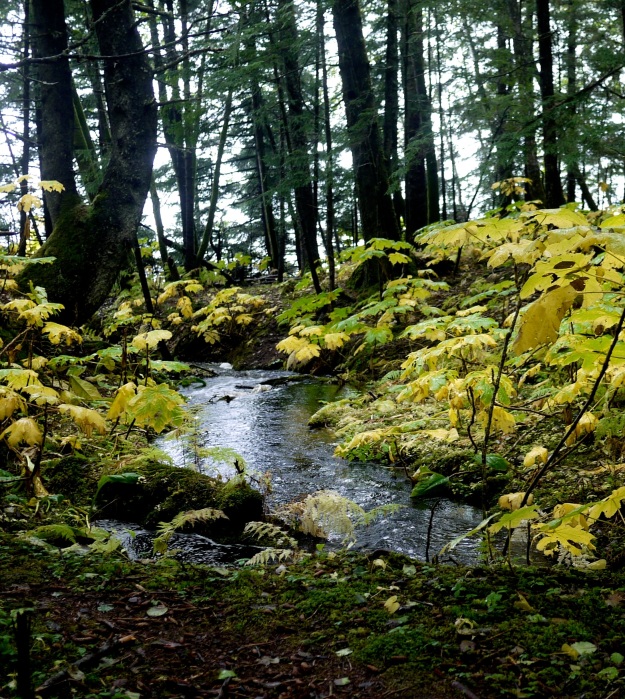 Aki and both freeze and turn in the direction of the noise—a sharp crack that could have only been made by a deer hoof snapping a branch in this soaking wet forest. While waiting for the deer to show herself, I wonder what my little dog is thinking about. She doesn’t show fear or aggression. Most likely sheis just curious. In this way she is more like the seals we jut saw than her master who keeps his finger on his camera’s shutter release.

We surprised one of the seals when it was only 25 feet offshore. It made a noisy crash dive rather than its usual stealthy slip under the surface. In seconds it and another seal surfaced a hundred yards out. While Aki searched through seaweed left by the last high tide, I watched the seals move closer and closer. Sometimes they raised their heads far out of the water. Then, for some reason, they disappeared.

Our deer must have disappeared as well. We give up and move into a section of the forest recently drowned by water backed up by a beaver dam. The base of a brace of two thick spruce trees is covered with sloughed off bark segments. They lay on the ground moss like monochromatic puzzle pieces. Looking up, I see death all the way to the canopy. The beaver’s impulse to build and maintain has damaged this chunk of old growth in the way that man’s impulse to pave and pollute is damaging everyone’s environment. 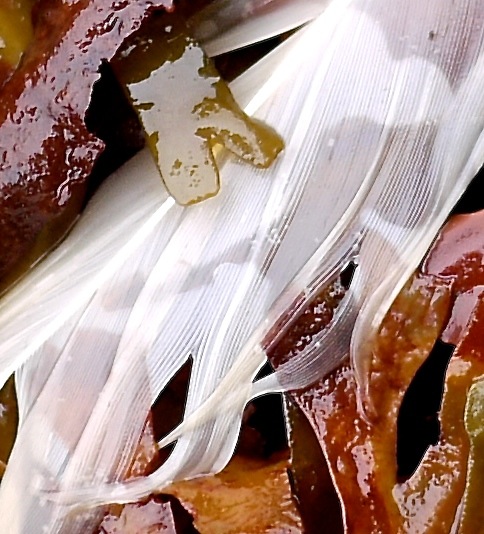