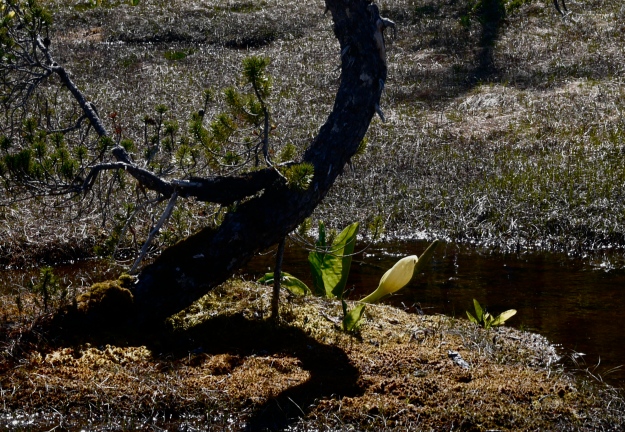 With boots finally dried from the beaver pond dunking and the sun finally shinning like civilized people come to expect in summer, we returned to the mountain meadows. I bring little expectation of wildflowers since they hadn’t showned themselves during last week’s visit.  The almost cartoon yellow skunk cabbage still hold a monopoly on color in the highest meadow but we find tiny magenta treasures—the poisonous bog rosemary and something I call, “wild rhododendron” (see photo)  on the second. Here also blooms the cloudberry and bog blueberry. 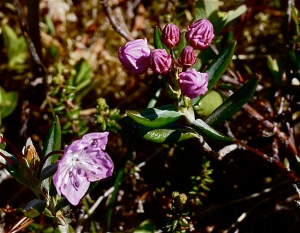 Rather than continue to the lowest meadow we leave the path in search of the insect eating sundews. I found them here before but being blinded and made lazy by the sun we pass without a discovery. Aki really doesn’t care. She’s found the last patch of snow where she played chase the chunks of snow flying off somebody’s boot game. It’s a dog thing.